The door nervously opens. In a few short seconds, his eyes flicker around the familiar room, which has been unexpectedly set up to uncover the surprise. Fairy lights illuminate an opened suitcase, already packed with new clothes. A homemade banner stuck across the ceiling and back wall confirms a message that is suddenly heard from a gleaming smile below a pair of recognisably famous ears.

“We’re going to Disneyland tomorrow!” I bellow over the top of Randy Newman’s croaky voice as a warm fuzzy grin spreads across his face in front of me.

Months earlier, I’d sat with my boyfriend Allyn over dinner, a regular evening that began with catching up on our days in the office. As a part of today’s news, he excitedly told me that one of his shots of Lumiere from his latest movie Beauty and the Beast was being used in the 25th Anniversary show ‘Illuminations’ at Disneyland Paris.

It was in this moment that I made a decision. There was no way that my man wasn’t seeing one of his proudest pieces of work be projected in motion on the turrets of Sleeping Beauty’s castle.

Despite his (almost) similar level of adoration for Disney as mine, Allyn had never stepped foot in Disneyland. Instead his passion for Walt’s magic came in the appreciation for animation, storytelling, humour and creativity. Books, figurines, films and artwork each representing characters and beloved stories decorate our flat. I couldn’t wait to share with him a place where it all comes to life.

A packing list and fake train ticket was all that had been provided, alongside some punny gifts relating to some of his recent superhero projects - “you’re un-Thor-gettable”. It wasn’t until the evening before our Eurostar departure that I decided to let him in on the secret I had struggled to keep, just long enough for one night of excitable dreams.

We woke like giddy children on Christmas Day morning, except it almost was. Our arrival would bring us to Disneyland on their opening day of festive celebrations, my first ever experience of the park twinkling with tree lights and baubles.

Our tickets through Attraction Tickets Direct (who I’ve always used to purchase Disney tickets) gave us four days of giggling and skipping our way around the parks. Here are some of our favourite memories…

Sitting down for Mickey’s Big Christmas Band, an incredible show of live music where Allyn first caught his glimpse of the famous trio

A bear hug from Baloo who tried to swipe a banana from our backpack, meeting Thumper and Blossom who stubbornly demanded Allyn get in the photo and of course, introducing Allyn to my best Disney pal Goofy... 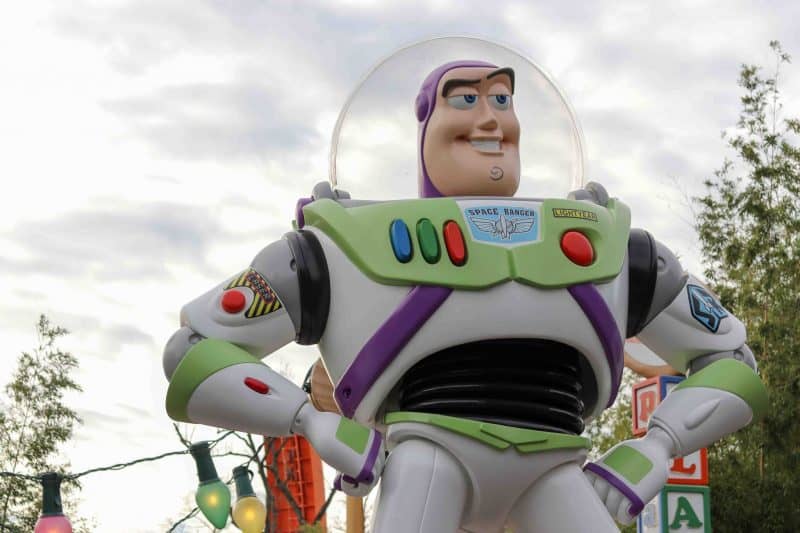 Witnessing the Christmas Parade together where I high fived Goofy, jumped excitedly at the sight of Tigger and waved at Santa

Allyn’s first ever ride in the parks on Phantom Manor, which like every other time I’ve ridden it, broke down midway to our great hilarity and experiencing Disneyland Paris’ newest ride Ratatouille together

Our first and second drop on Tower of Terror, my favourite ride in the whole wide world which continuously has me in hysterics listening to the other passengers’ screams

Seeing my old friend Mickey who of course adored our Christmas jumpers!

And of course, seeing Allyn’s shot of Lumiere on the castle (first photo) during Illuminations which we watched on our first and last night, so spectacular we were both left in happy tears

And that's a wrap!

We stayed at the Radisson Blu Disneyland Paris, a great hotel for older guests and families with an onsite golf course and complimentary shuttle buses throughout the day. We then also got the Eurostar with a quick change at Lille.

Thank you to Attraction Tickets Direct who provided one complimentary ticket for Disneyland. I have used ATD many times in the past and they are a fantastic service who offer the best discounts and vouchers for restaurants at the parks.

I'm Eppie...
A Londoner, wanderer and storyteller.
I love a good anecdote, getting lost in a book and cocktails with weird stuff in them.
This is my writing space for travels, thoughts and a lotta food.

WHAT TO READ NEXT