As that day of the year comes around where you turn another year older, its natural to reflect on those before and ponder about the future. As I celebrate my 24th birthday (with a cocktail or two), I’m reflecting on my 24 favourite childhood moments (up to age 16 anyway), either those I remember or have been told about by my family. I’ll be sharing some humorous pictures, my favourite birthday celebrations and an insight into the young Eppie who didn’t yet know she would be sharing these moments on her own blog. Let’s get this slightly embarrassing show on the road. 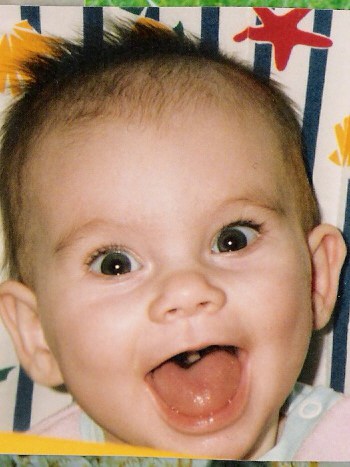 1. Lift behaviour. Apparently when I was around the age of 2, I was super confused by the concept of lifts and would coincidentally squat and rise as we went up to the next floor. Kids.

I’m unsure why I am dressed like a French child here.

2. Discovering the meaning of ‘adrenaline rush’. The first looping roller coaster I ever went on was the Rocky Roller coaster in Disney World.. And only because it was indoors and my Mum told me I wouldn’t go upside down. But I bloody loved it and soon became a regular at Thorpe Park. Well until I feared for my life as I almost fell out of a log flume.

3. Resting bitch face. I’ve had this unfortunate feature for my whole life. Even at a day old. Pictorial evidence below. I was known for looking like a sulker and only smiling when I felt like it. Man I couldn’t help it!

4. Goofing around with my bro. There’s nothing more fun than having a little person who wants nothing more than to play with you. I’m so sorry Ollie for constantly dressing you up, painting your face and giving you ultimate wedgies.

5. Fancy dress. I LOVE dressing up, because quite frankly I’m a child. Commence, Eppie’s favourite fancy dress parties from the past…

‘Eras’ (17th birthday) – I was a standard 50s pin up girl however one of my friends came as the Titanic, complete with miniature people falling off. Bravo.

‘Smartie Party’ – everyone had to pick a colour of Smarties. I went all out and stuck Smarties to my outfit. Pro.

‘Hollywood’ (14th birthday) – I wore a full on ballgown, prior to prom. My favourite thing about this was getting my Dad to handcraft wooden star trophies for an awards ceremony and buy a long piece of red fabric as a red carpet entrance. Oh yeah, party planner right here.

Bottle of Malibu in hand of course.

Request for a comeback of fancy dress parties please.

6. Going to the theatre. Living in the outskirts of London, I was lucky enough to be treated to an afternoon at the West End on a regular occasion. One of the first I remember is seeing Beauty & The Beast on stage feeling teeny tiny and using those binoculars on the back of the chair in front. This is now one of my favourite things to do on my birthday, having seen a production for the last few years. This year I’m going to see Guys and Dolls with Rebel Wilson in August, eek!

7. Party planning. Ever since I was about 5 I would plan my birthday parties. And I’m talking more than party bags. I would literally write down every single song I wanted to be played in an Excel spreadsheet, highlighting those which were of most importance. Those DJs must have thought I was a right little weirdo. Anyway it spurred something in me that later was recognised as a event planner.

8. Having teddy bears picnics with my Nana. When I needed babysitting, my Nana would host the best teddy bear picnics, complete with sugary porridge for breakfast. I will never be able to make porridge like it. 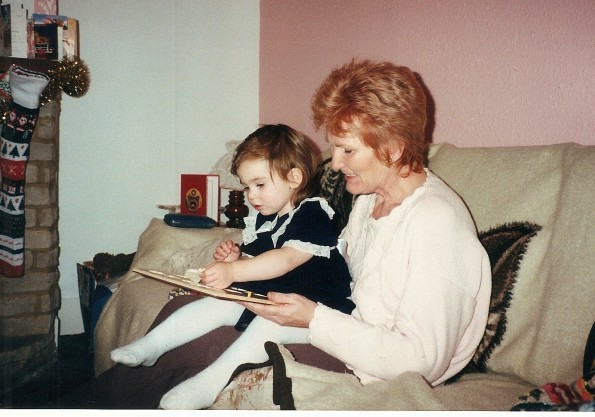 9. Getting the travel bug. My first experience of ‘proper’ travelling was my month long trip to Kenya when I was 15. It was the longest I’d ever been away from home and completely opened my eyes. I remember sitting in a jeep on a rock overlooking elephants, zebra, gazelles and a crawling lion below… I felt like I was in The Lion King. Safe to say I developed the symptoms of wanderlust and my travel addiction began. 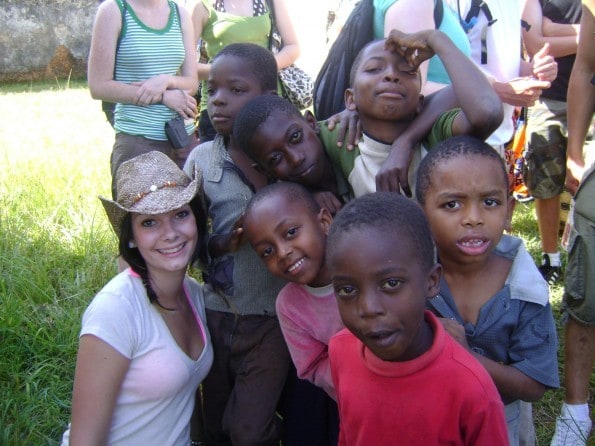 10. When my siblings were born. I was an only child until age 8 so the moment I found out I was having a little brother my life positively changed forever. 5 years later when I was told I’d soon have a little sister, those same excitable butterflies returned! 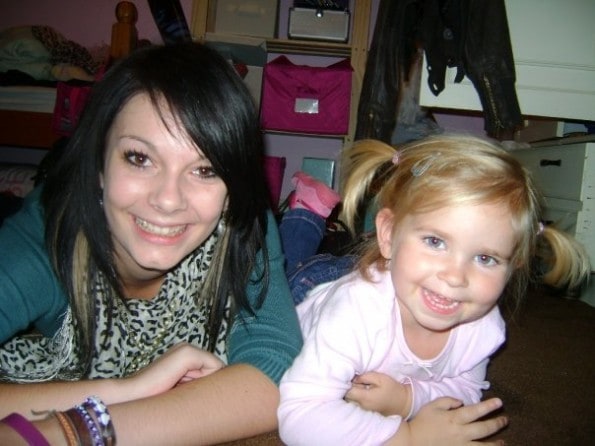 11. Exploring the UK. Why does no one holiday in the UK anymore? I remember the best adventures exploring the Isle of Wight, Monkey World (any one else adopt Gordon the orangutan?) and poking my head in numerous cardboard cut outs. 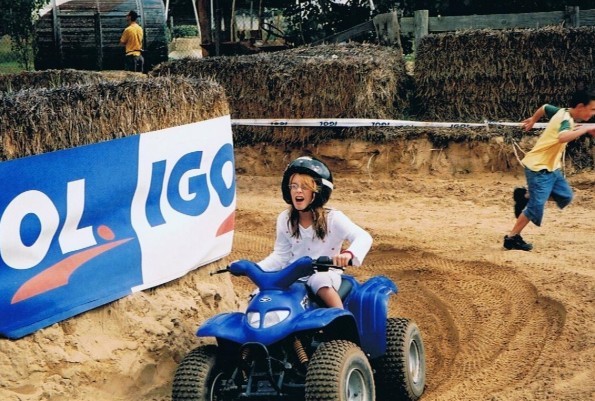 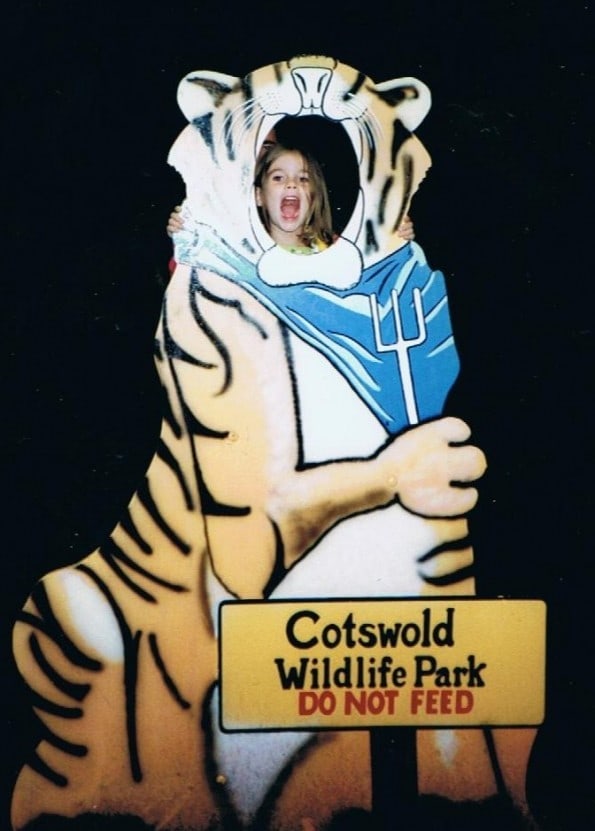 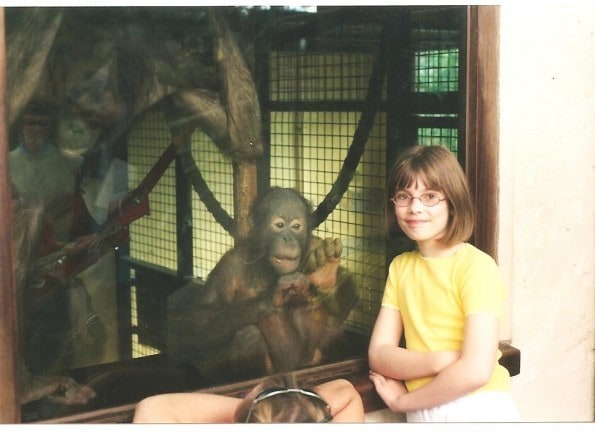 Please don’t use this picture against me.

12. Hell no to the trousers. Apparently I would refuse to wear trousers, shorts or anything that wasn’t a dress when I was little. I even cried about it. Well, you wanted a girl Mum. 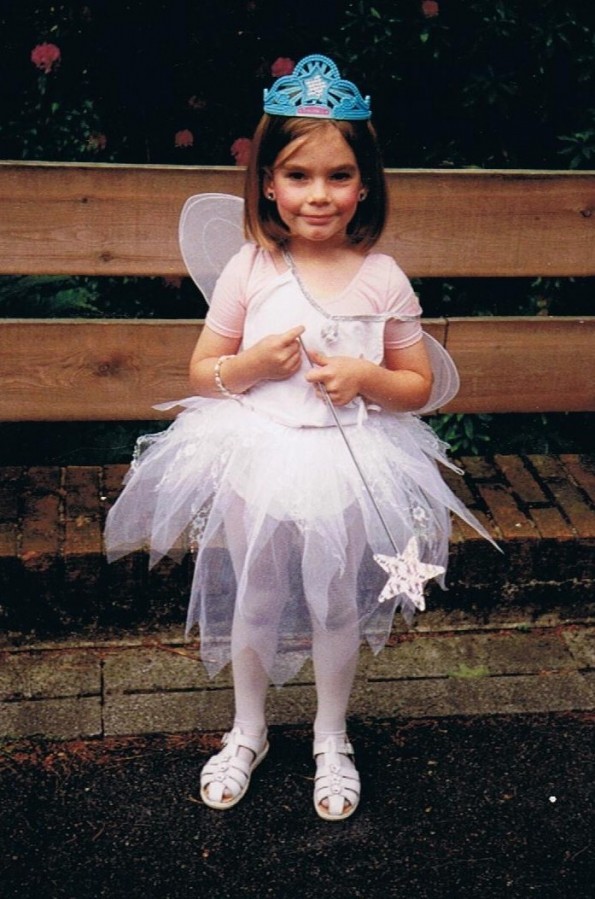 13. Making videos with my pals. Before vlogging was a career path and YouTube was a household name, I would mess around with my best friend filming the most ridiculous, random crap that made us crack up laughing. We’d put on strange music, dance around the living room and pull weird facial expressions. No one is ever seeing those videos.

14. Giggles with my Mumma. There are so many hilarious moments I remember with my Mum where we would both get the giggles and not be able to stop. One in particular that has no explanation is crying with laughter to Lord of the Rings whilst my Step Dad rolled his eyes and continued watching TV. ‘I can see you Gollum, come out come out where ever you are… IDIOT’ (private joke #sorrynotsorry).

We had way too much fun in Madame Tussuads

15. Singing. From the age of about 6 – 10 I wanted to be a pop star. In fact I remember thinking ‘why would you want to be anything but famous?’. How things change… as she types on her online blog. I used to sing all the time. But in a shy, Christina Aguilera ‘don’t look at me’ kind of way. Singing in my room soon became disco karaoke which soon developed into school concert performances. I’d love to do singing lessons one day but for now I’ll stick to singing along to Beyonce.

17. Hair Crimping. Man that was so cool when I was 9. I remember getting told that I looked like Hermione and I didn’t know if it was a compliment or not. It wasn’t.

18. Here you go Bambi. Because of my love for animals, when I was 2 my Mum told me that Bambi needed my dodo and so I left it in the woods for him to find it. Goodbye dummy, hello littering. 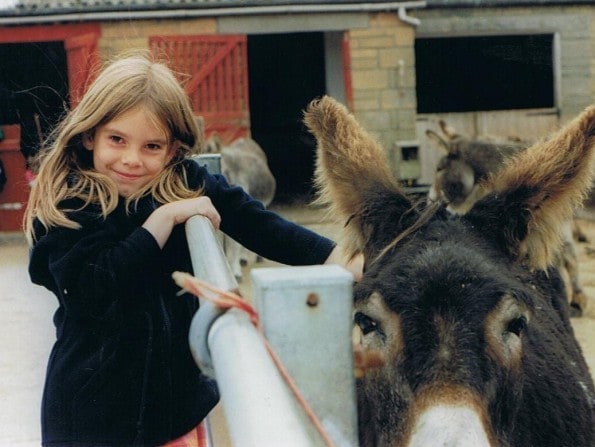 19. Organising ‘proper’ events. When I was 15 I decided to organise an adult prom to fundraise for my trip to Kenya. I have no idea how I did it by myself… the venue, DJ, ticket selling (with the help of my family), a photographer, chocolate fountain, auction prizes… I was pretty organised. It was probably one of my proudest achievements.

20. Camping with my Dad. My Paps used to take me camping probably at least once a month. I loved exploring the New Forest and South Coast together, eating beans and playing rummy.

21. Living the Disney dream. I first experienced the happiest place on Earth when I was 11. I think I floated around Orlando on a happy cloud for those 2 weeks. I’ve now been to Paris and California and get serious Disney depression when I come home. There truly is no place like it.

22. Prom. Man prom was awesome. Being 15 and being able to buy a glamorous dress, have your make up done and tan like your life depends on it. I think I did the yoghurt diet for the 2 weeks before. God knows why, skinny bitch. And no I wasn’t prom queen. Although one of my fav teachers did vote for me and that will always be something I treasure.

23. Snuggling my bunnies. My childhood toy was two bunnies I creatively called ‘Bunny 1’ and ‘Bunny 2’. I think I slept with them in my bed until I was about 12! They feature in many pictures and are stored in my memory box on top of my wardrobe.

24. Cheeto-gate. I must have been about 10 when this happened… so I was munching my way through a bag of Cheetos and was devastated to discover there was no tattoo in my crisp packet. After consulting the adults I decided to write a sad letter to Chester Cheetah and later received a huge package of tattoos. Result. On another note, why the hell did they stop selling Cheetos in the UK?! #bringbackcheetos 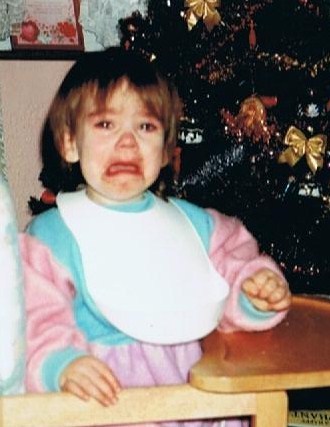 What a cracker to end on.

Nicely, doing this I don’t think I’ll have trouble thinking of 25 new childhood moments next year. Do you have any humorous memories you’d like to share? The weirder and funnier the better!